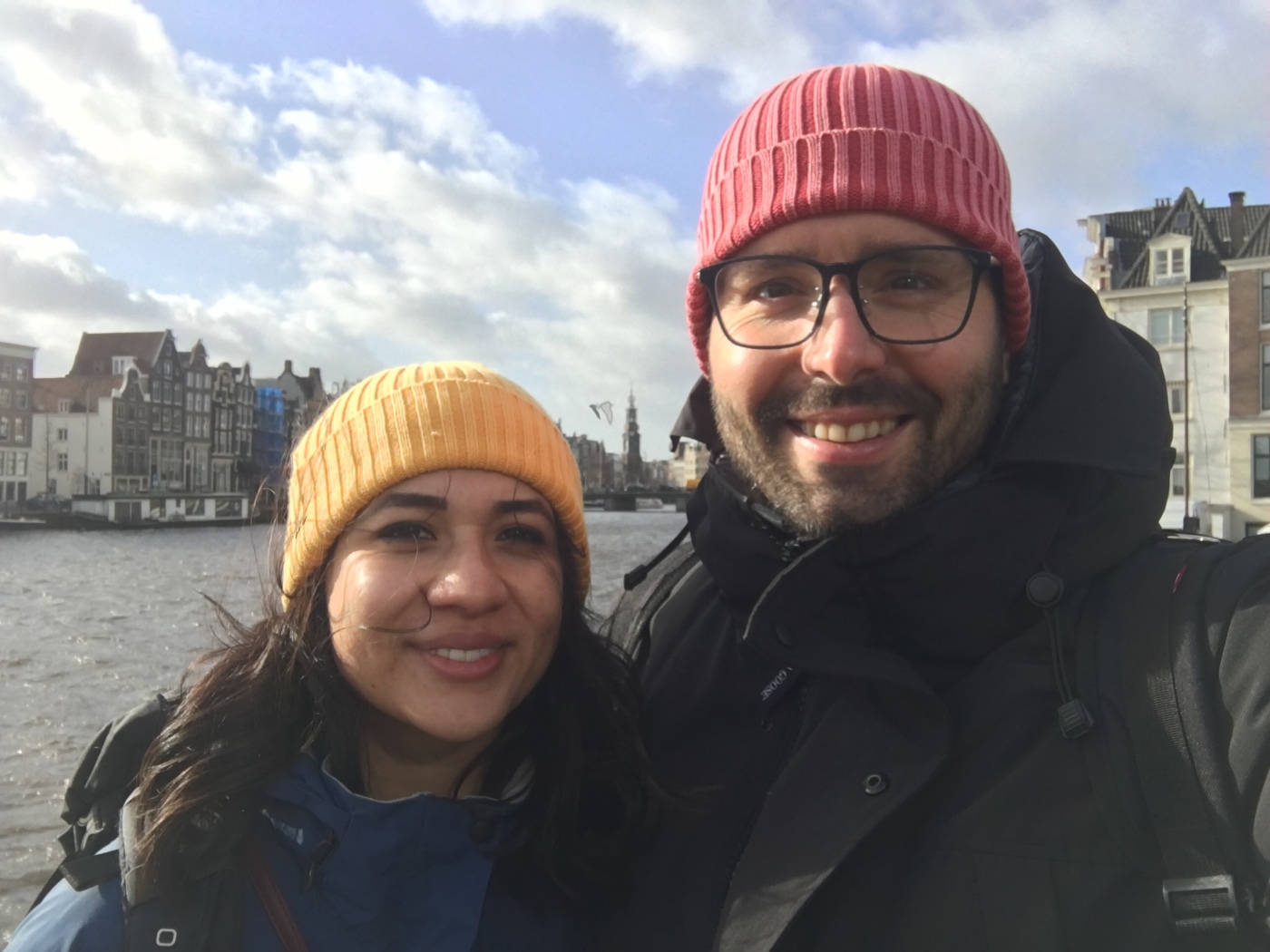 Fiance and I took a quick weekend trip to Amsterdam. It was a nice quick getaway, that also had….”fun” weather.

Haha. There was a storm that came from the Atlantic that rocked London and Amsterdam pretty bad the entire weekend. There were moments were we just went inside a store just to be out of the rain and heavy wind. It was rough.

We stayed in the De Pijp neighborhood, very close to the Albert Cuyp market. We stayed at the Arcade Hotel. This hotel had a pretty interesting concept, with different video game consoles in every room (including gamer head phones), and a number of games for you to play.

Sadly, the game console we got was a Playstation 2…I was hoping for something like a SNES or a N64. You know, a throwback to some classic games. But, it’s okay, life goes on.

While in Amsterdam, we did a lot of exploring, chilling out in our hotel room, and seeing the Van Gogh museum. Unfortunately due to the storm, we spent a lot of time indoors.

Neighborhoods I’d recommend to check out if you find yourself in Amsterdam:

Of the tourist things to do, we actually only went to the Van Gogh museum. This is the 3rd time I’ve been to Amsterdam (so i’ve done most of the touristy things) and Fiance is not a huge fan of waiting in tourists lines. The only thing besides the Van Gogh museum he wanted to go to was the Heineken musem, but that line was easily 1-2 hours. In the storm, it was a no-go.

The Van Gogh museum is quite large and can easily take 1-2 hour to go through. I’m a big fan of Van Gogh so we took our time going through all of the content. Also, it helped that it was POURRRINGGG outside so not much else to do.

Fiance and I have agreed that we want to come back at some point, but when there is better weather. I really want to visit the tulip fields, so I’m positive we’ll come back again