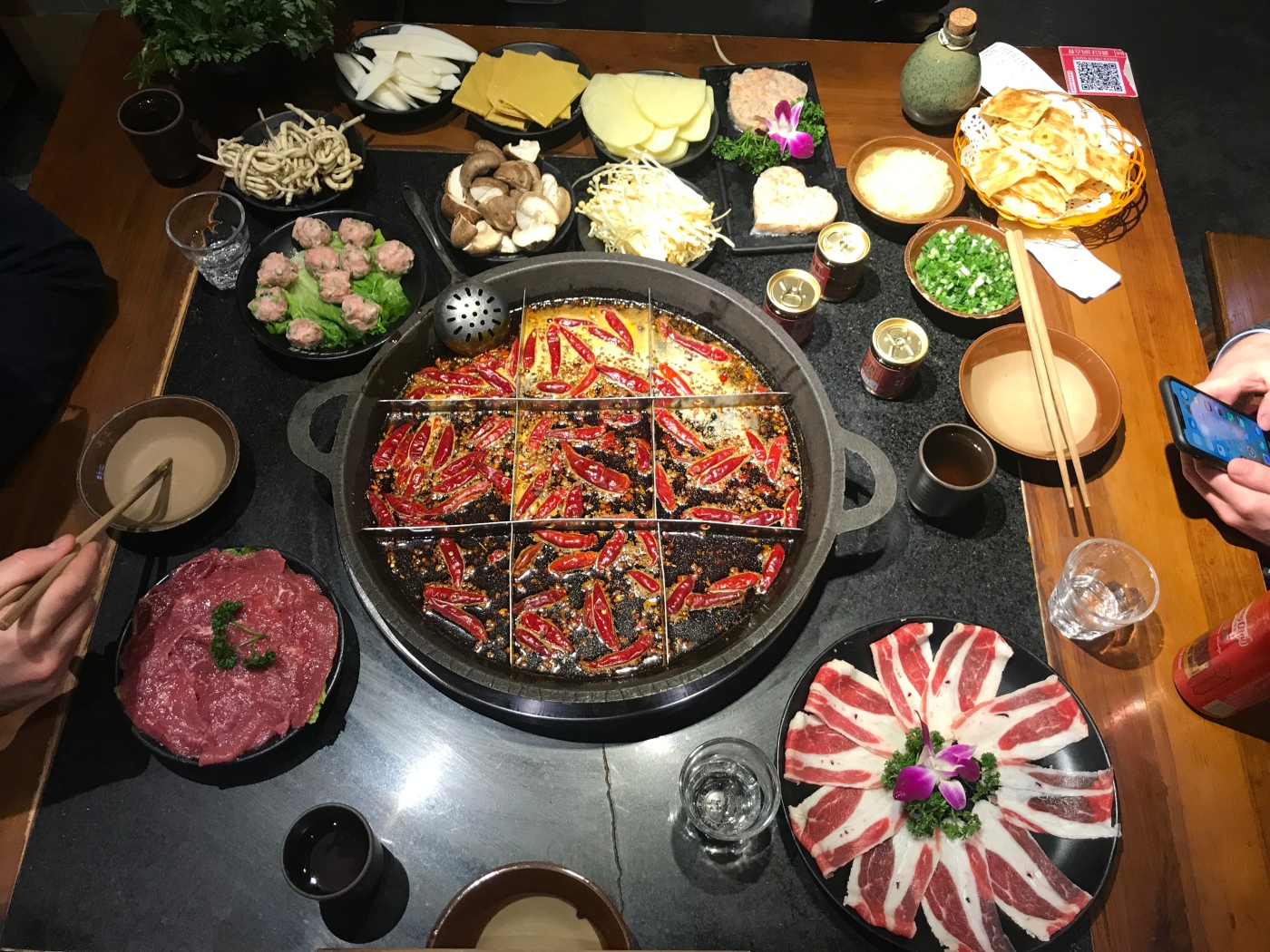 For my birthday trip, Boyfriend and I went to Chongqing

I landed on Friday evening and took a cab into the city to meet with Boyfriend who got there a day earlier. 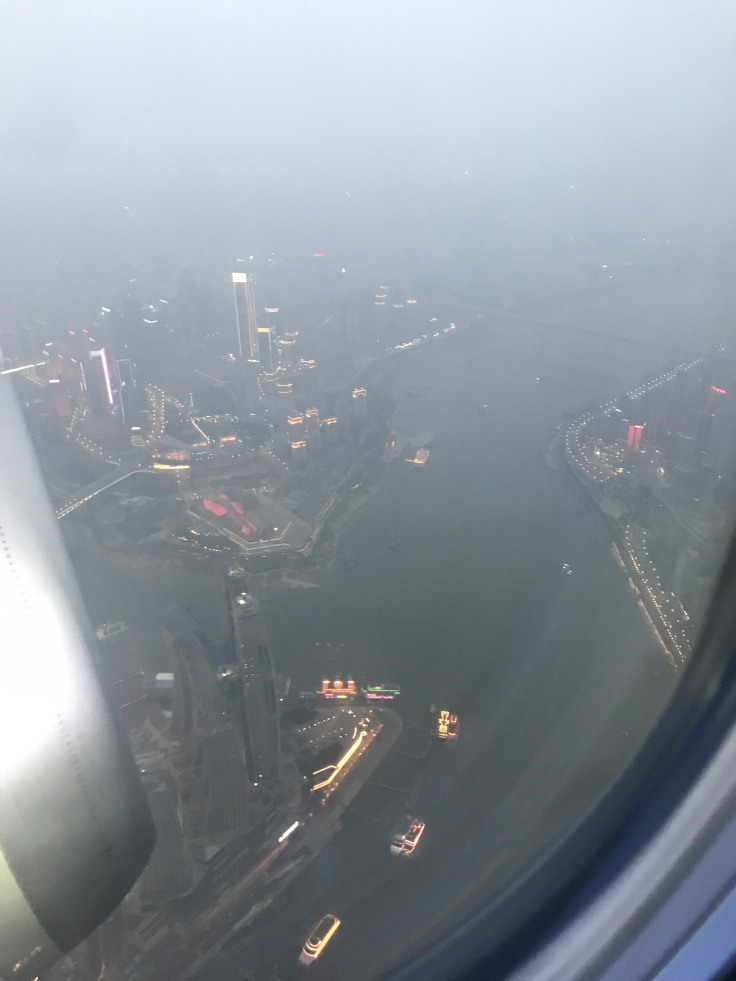 After checking in we got a reservation at Peijie Old hotpot, which was about 1.5 hours. After, we walked towards the river and found some cool areas. 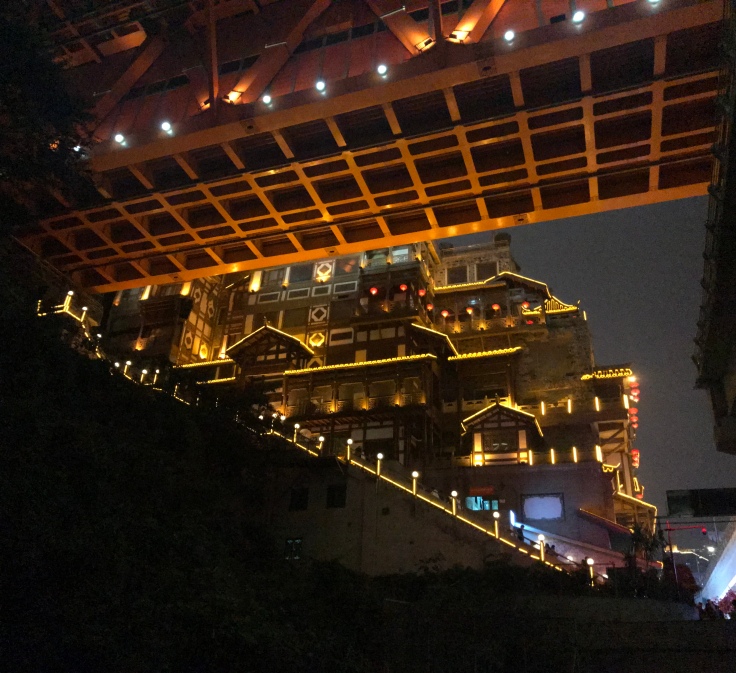 Chongqing is the hilliest city of China, with roads winding around hills and buildings scattered around. The photos above are from the “caves” we found. It essentially a market area where food and trinkets sold. Lots of people on dates. Very few laowais.

After, we walked back to the restaurant and got our seats 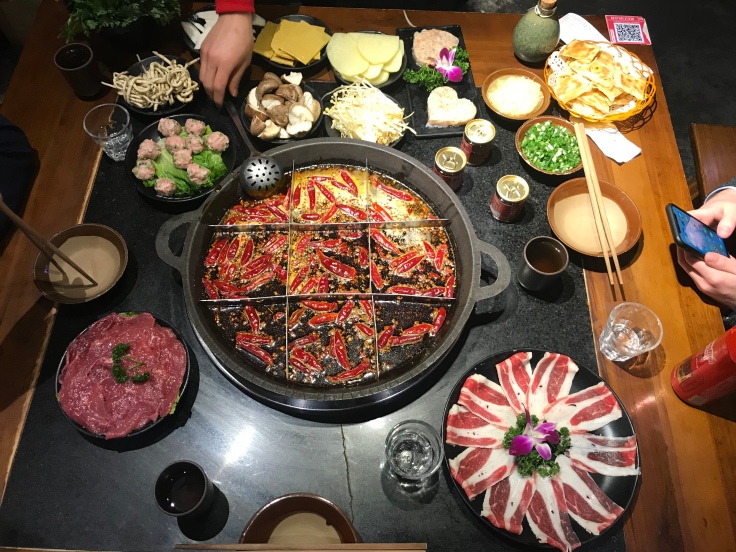 We got the 9 grid Chongqing hotpot with a 3 out of 4 spicyness rating. The waiter kept warning us that it was extremely spicy and were we sure we didn’t want something different.

Chongqing is the spiciest food in china, hotter than Szechuan food. It uses both ma and la spice, aka Mala. Ma is a Chinese spice that’s extremely numbing, aka the Szechuan pepper corn. La is the extremely spicy chili pepper

But. It wasn’t as spicy as I was expecting it to be. It was delicious. And not spicy enough

At midnight, the waiters came out and brought me a bowl of birthday noodles for my long life. I really wish it was spicy noodles and not this bland noodles

The next day, we woke up and walked out towards the “tip” of Chongqing. We got actual Chongqing noodles for brunch

After , we walked to the tip of Chongqing. Chongqing is situated between two major rivers that join together as Changjiang River and the winds it’s way through China before eventually coming out at Shanghai

So we went to the tip of the peninsula, and saw where the two major rivers joined.

It was not as interesting as I had hoped it would be.

We then walked along the south side of the peninsula until we took a didi to Eling Park. We went to Testbed, which is a super hip area with food stores, cafes, bars, and ice cream. We sat at a bar for a few hours while we people watched. So many people came here to take the same photos 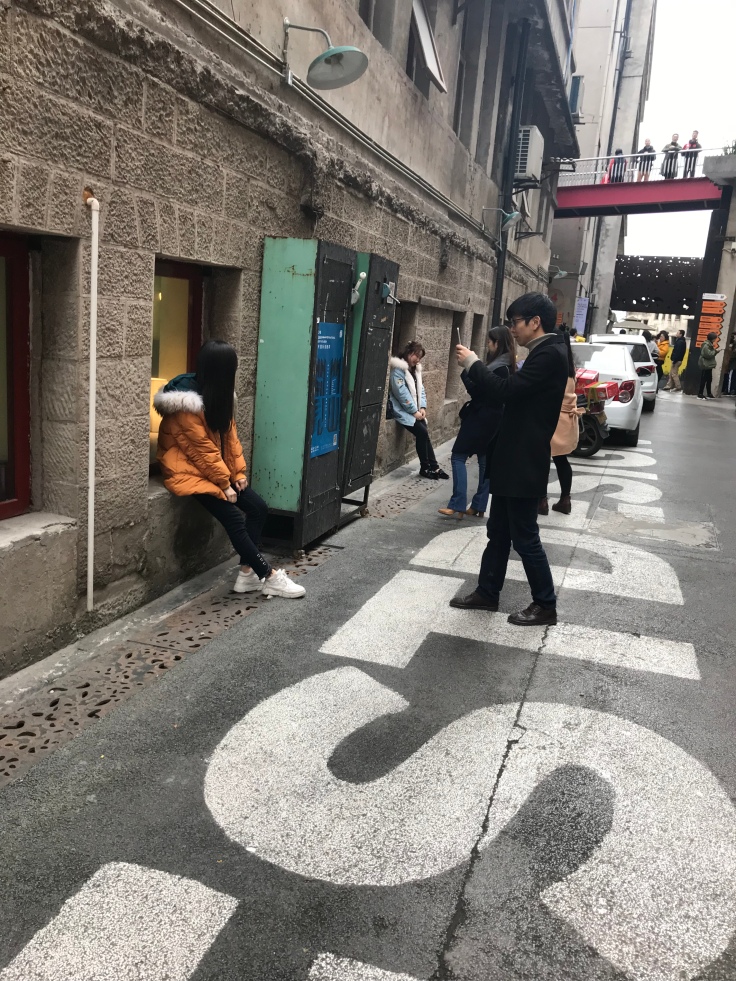 After we got some Mala ice cream 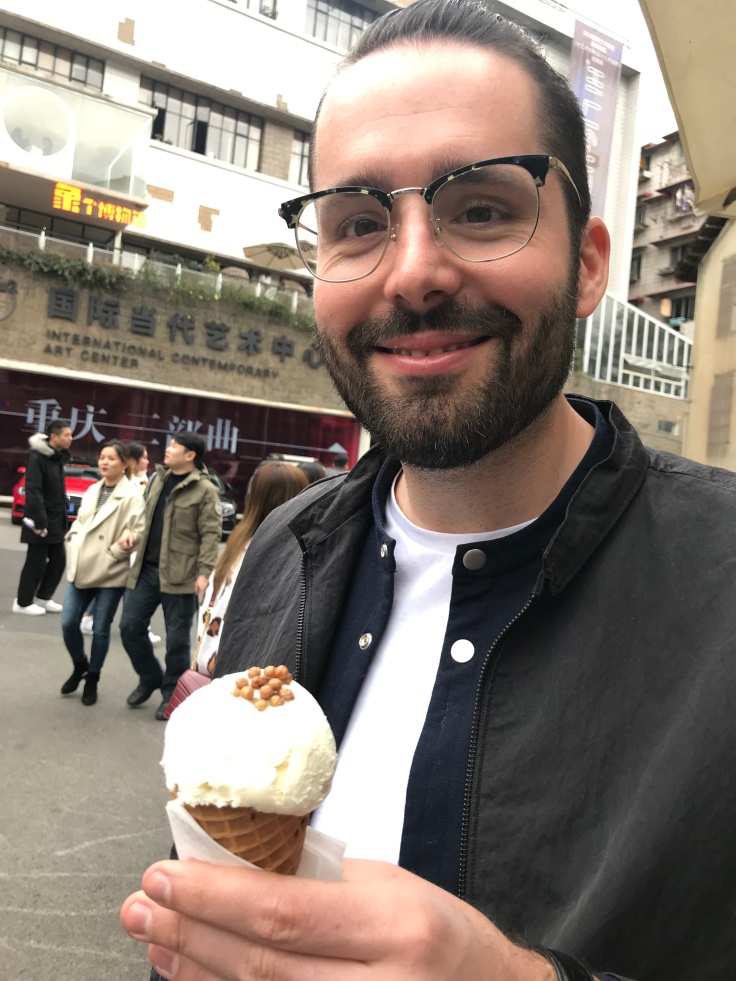 We then walked down the hill and towards our hotel. At one point, we walked past this packed hot pot place that was all out doors and not a single foreigner. Our stomached were slightly growling so we got a table as quickly as possible and sat down. We could the fear in the waiters mind thinking “they are not going to be able to handle this spicy ness”, but oh we did. We handled it so well that we paid for more spice to add to our hotpot 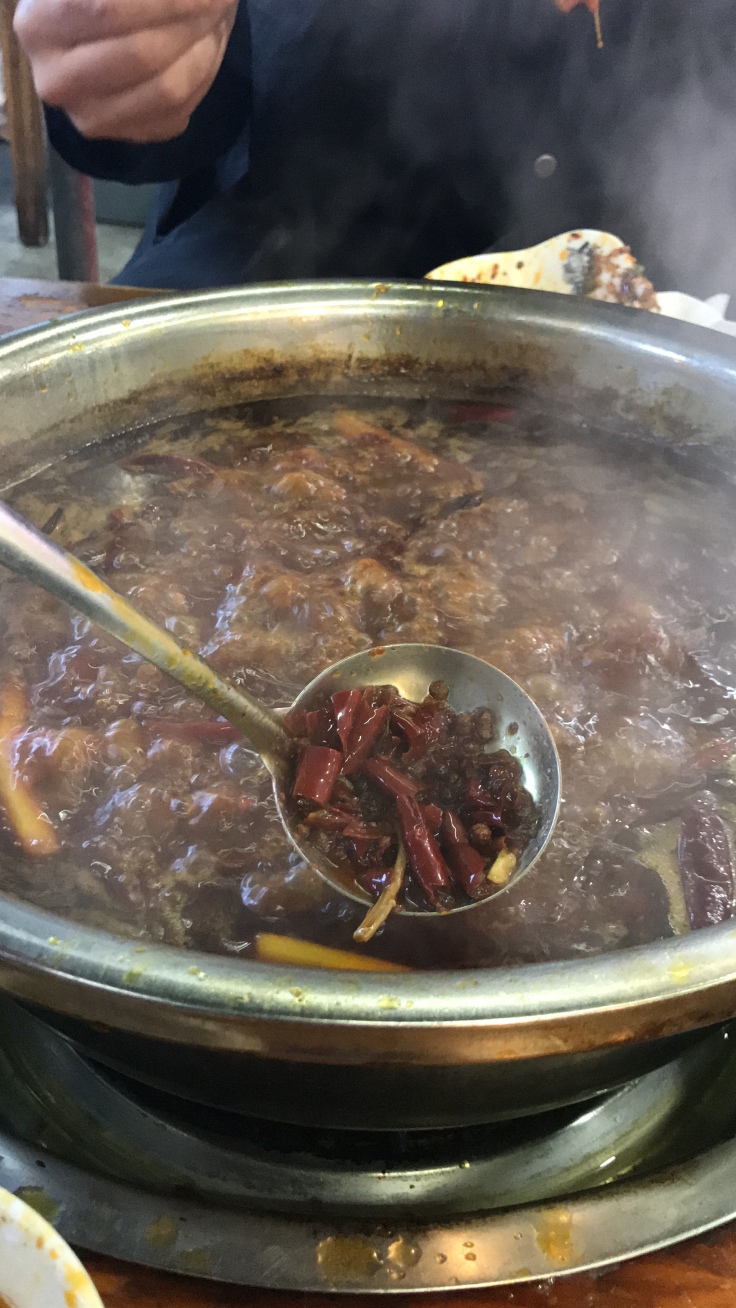 The difference about this place from other hotspots was that we had to pick out what we wanted from a fridge, instead of ordering and getting it brought to you by a waiter.

The food was delicious but again, not spicy enough.

After, we took a didi to the hotel, where they brought me a birthday cake and left in our room 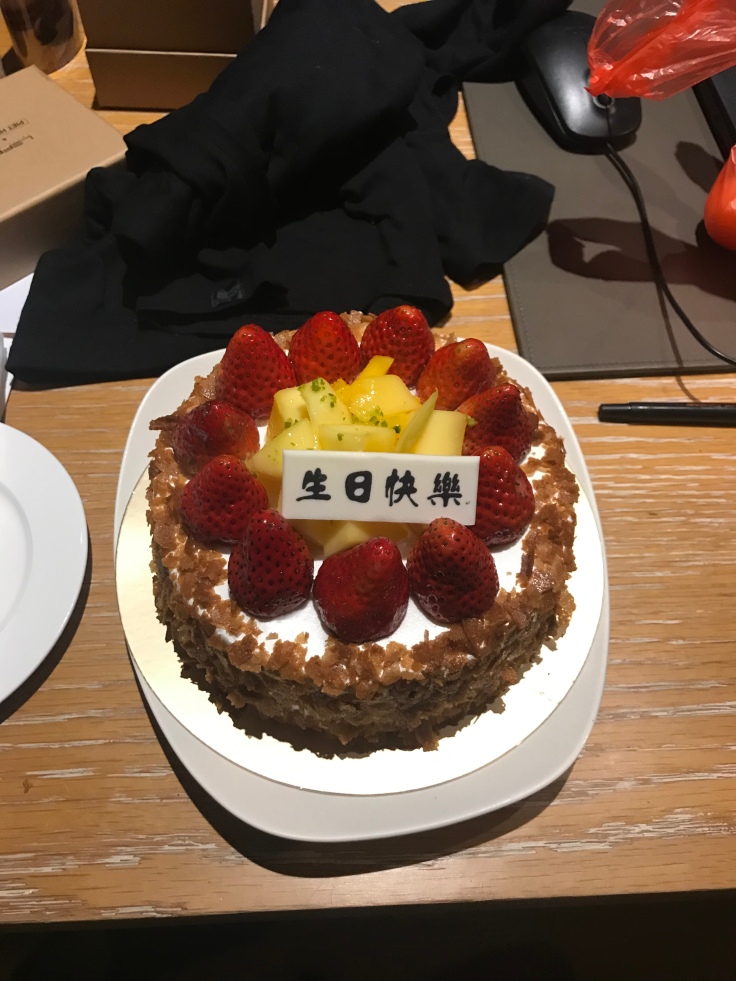 We spend the rest of the evening and next morning lounging and relaxing in our hotel room before we had to fly out. Yeah it was my birthday weekend, but I feel I’m at a point where all I was to do is self care, which is relaxation 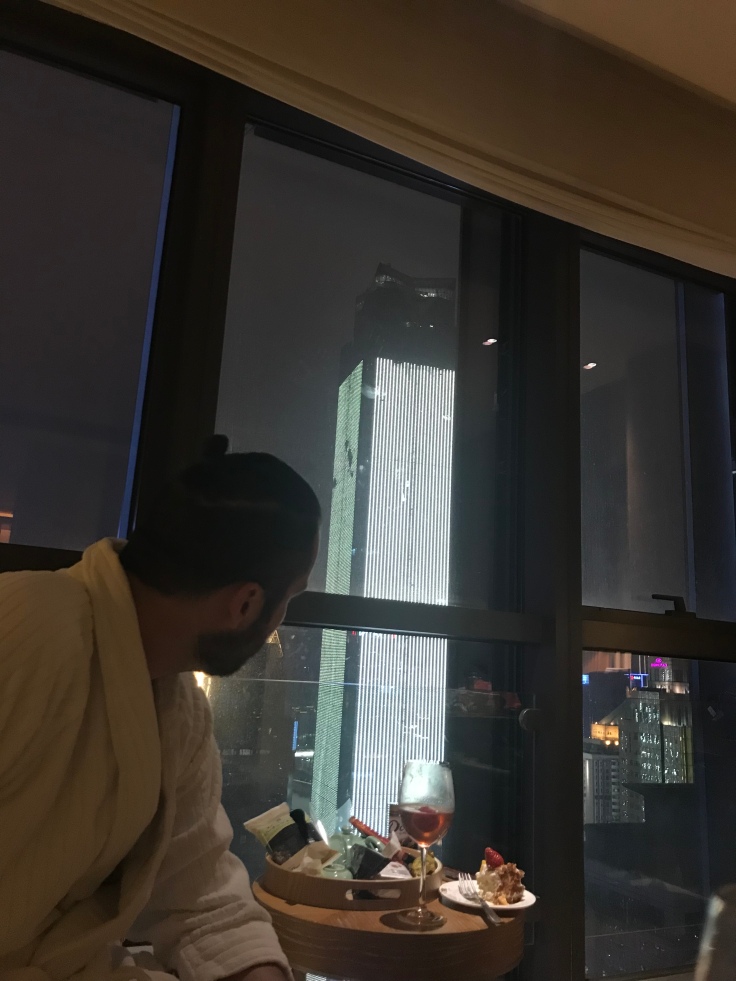